Congrats to Mary J. Blige for FINALLY breaking through at the Grammy's (and Billboard awards)! It was long overdue! This woman's music defined a generation while others came and went in a revolving door. She's consistant and this last album was genius. I have long believed that MJB would never be appreciated until she was no more....but I'm glad to be wrong.
-A 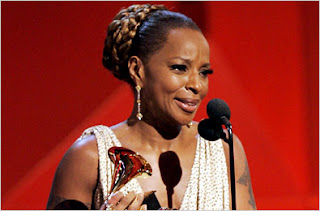 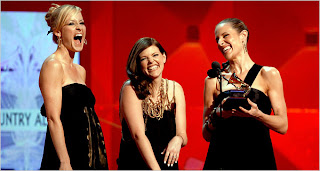 Congratulations to the Dixie Chicks on their 2007 Grammy's (for Best Country Album & Album of the Year) ! This is redemption! For all the bad press and horrible displays of American intolerance that followed their "ordeal" of self-expression it is nice to see such a public redemption. Sometimes we Americans forget what being an American truly is.....it's not entirely our fault....we have so much freedom it can be easy to forget how much freedom costs. Freedom and the American way, to me, means the right to be an individual. Rebellion is the very definition of American individualism. Freedom of expression is American! Although I was not surprised by he fall-out I was very disappointed by the intolerance to independent thought. I could soap-box on this all day but I won't. I'm glad a few "ugly" Americans have not spoiled the true American spirit.
-A
Posted by A. Phoenix Richard at 2/11/2007 07:14:00 PM No comments:

This month as we celebrate the numerous historical contributions of African-Americans to American society at large let's remember that Black History is American History. If history was to be told properly thier would be no need for a seperation and distinction of one culture's contributions from another but alas in this country race has always mattered --to the extent that history was only told from the vantage point of European-Americans. The distinction was and is neccesary--still I am ready for the day when it will no longer be neccesary.

With that said--
Let The Celebration Begin!

When I was in school(In the 90's), I always felt like my teacher knew nothing about black history and were "just getting by" going over the same few names and pictures every year--now I'm a teacher. In this year's celebration I wanted to focus on more obsure black history facts. It is just too much information to contain to a blog....so I'll provide links.

As most of you know I'm a military brat and lover of military history. It's amazing how any group of people who endured such indignity as black people in this country rise up to defend it so valiantly. Black people had to fight for the chance to fight for our country and that should tell you a lot. In fact the fist man to die in thie country's fight to exist as a nation was a black man, Crispus Addicks. Here are a few of my favorite black military men and women.

African -Americans in the Military:

The Buffalo Soldiers-So named by a Native American tribe who once fought them because they fought like the buffalo the native americans revered (which meant they were valiant and fierce) and had wooly hair like the buffalo as well. The Buffalo soldiers coined the the battle cry now used by all American military, "Never Leave a Man Behind". They were also the nations first border patrol. 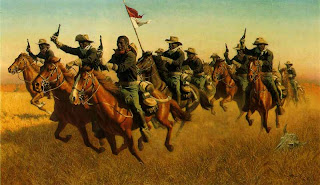 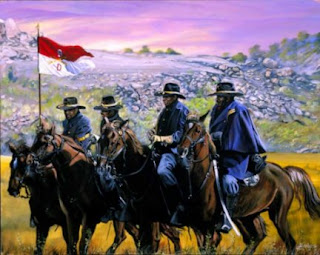 The Tuskegee Airmen & General Daniel "Chappie" James, Jr. (a Tuskegee airman who later became the first African American to attain the rank of four stars and was named commander of the North American Air Defense.)

A Louisiana born general who rose to fame in the wake of Hurricane Katrina. This distinguished general and I share an alma mater, Southern University (Baton Rouge, La.) 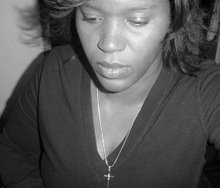